Update 07-08-2020: On 28 of July 2020 we got a message  from [email protected] with name Baden-Württemberg Polizeipräsidium Reutlingen, Kriminalkommissariat Tübingen where was written in very poor german language about to remove this post. Because the email was sent from a Gmail account, then i started to investigate because this was suspicious, then i found their official site on https://ppreutlingen.polizei-bw.de where on the site writes their official email address [email protected] in the “kontakt” link.
Team AntiScam contacted the police  through the official email asking if they are using such email address from gmail, their answer was no, they never use free email account such as Gmail, hotmail and others, only their email what is written on their official site. Then i, Michel Petersen, told them about the scammer Natalia Bobrova, and i have sent to them all the evidence against her. I am happy to announce that the police in Tubingen has started a investigation against natalia Bobrova, because she violated the german law with forgery, she can face a trial up to 5 years of prison.
If somebody has news about her, or recognize her or if you know where she is now, please contact the police in Tubingen on:

Update 05-02-2012: This scammer has been seen in  Tubingen and Albstadt, Germany. Searching for new victims, Be aware with this active internet scammer!.

Update 10-06-2011: This scammer wrote to us using using 2 different emails to make 2 false testimonials, wanted to remove this post, one from [email protected] at 19:29 where writes:

Such stupidness, absolutely a lie! She is a very good person, a teacher and a wonderful kind woman.

and second with [email protected] at 19:34 where wrote:

She is my nabour, she never cheats noone. A wonderful, kind woman. Always with a child and never with men.

Both persons does not exists because she wrote this false testimonials, the Provider’s IP adress from the both false messages are the same as her own IP address: 109.85.159.198

Description: Through skype she added me, we started communication, after 2 weeks she felt deeply in love and wanted have real meet. Past november 2010, i prepared all papers for visa and sent money to her for bus ticket to Germany. She never arrived to my city, when asked to the bus driver he tolds me she has go out in Berlin and that one man meet her there.

Reported by: Dieter from Leipzig (Germany)

Updated on: 27-09-2013. This scammer are nowadays active on TAU2, lavaplace, romancering.us, and other dating sites.

Description: She answers to announces from men seeking women on olx.it in personals. After contact she fall in love with you and want to meet you. She asks for job visa and money, but you shouldnt never see her. She also can contact you on skype. Her last activity was in Milano Italy in summer of 2010. Source from the italian department of social security. When her visa finishes she go back to Perm in russia and starts from the begin searching for the next man from spain or italy.

Hello Admin!
I looke in internet this infrormation about me, that I am scammer. And
now i would like to know why you write this bad information about me
without check??? I never dont meet Paolo? How is it? Also I never habe
been in Italy and its very easy to check)) (my pasport). Also I marred
in 01/09/2009 and in summer 2010 I was pregnant and wait my baby.
And now she is 3 years old. But I dont like that this taradiddle can
read evreybody in internet! Please answer me what doues it mean?


Well Alena, if you are married and has a child (as you wrote on this letter above!), what the heck are you doing on dating sites and why you’re posting profiles on there? Obviously, to scam people, to get visa (and some money) to spain or Italy.

Reported by: Paolo and Admin.

Update 12 March 2011: This scammer is active on several asian datings sites, and she is so original to write on her profiles that she never has scammed somebody, but certainly the copy of her passport that is stored on our secured server proves that she lie. Also why you should change many times in week, even twice a day, your photos on those profiles if you has nothing to worry about?

Update 5 October 2012: We got some reports that this scammer are active again on asian dating sites.

Update 14 December 2013: We seems again many activity of this scammer, WATCH OUT!.

Update 22 July 2020: This scammer is active through facebook as Paytreni Helda and through her whatsapp number, but her scam method is the same, proposing foreigners to marry, but before marriage they need to take money for buy house on her name in Indonesia. NEVER DO THAT!! Also it seems she is or was married with indonesian guy. See update photos in the gallery.

Description: She contacted me through an Asian dating site about her interest in me, we started our communication, where after we continued on Yahoo Messenger. After 2 months of our communication i asked her to marry with me Halal and to get the Nikah, she agreed, so i prepared all for our marriage there in Indonesia as how Helda wanted. I bought flight tickets to Indonesia, Helda and i agreed that we should stay at home of one friend of her. But four days before my departure to Jakarta, she wrote me that her brother, not wanted that we such quickly marry and he wanted that i first came for meet her only and to buy house. Because i already had the flight tickets i was forced to agree. When i arrived there, i didn’t get any sign of Helda, so i called her by phone, she told me that her brother was waiting and will take me to Balikpapan. Then he called me to my phone saying that he was waiting at the information desk. When i have meet him at the airport, he told me that i can only stay 2 weeks no more, i told him that i have a month flight ticket, he say that he will change the date for me, after we got into the car and bring me to Balikpapan. When we arrived there i meet Helda and we began talk about us. On the next days Helda’s brother took a friend who knows about real estate, so we began to look houses for our future, where we should live… but the days passed away and was nothing that really was attracting me to buy. Because Helda’s brother told me that i can only stay 2 weeks, and the time was running out, we finally found a house, with a nice garden, not far from Helda’s friend house. Helda took her documents such as passport and other… and i my passport,we make some copies of our documents and then her brother told me to put Helda Elyani as owner of the house so that she will pay much more less tax then i as foreigner. So stupid as i was, i believed them in the name of the Islam, and put in the documents Helda Elyani as the owner of the house. After my departute from Jakarta, Helda asked me to return as soon as possible to Indonesia. When i was back at home, i saw on YM that Helda blocked me, also sending emails was not possible, also she didnt pick up my phone calls… When i did a try on google i found out that Helda was again active on several asian dating sites, when i asked her for explanation she only answered that wasn’t she.Then i know that i was been scammed by Helda and its “brother”. I tried a lawsuit against her, but that country is a big corruption that was impossible to get back my money. One thing i was making good to take a copy of Helda’s passport. Be aware with this very ingenious and original scammers. So original that you will believe her.

Description: She writes to you as first. After communicating some days she felt in love with you. She wants to come to your country and ask invitation for visa and money. 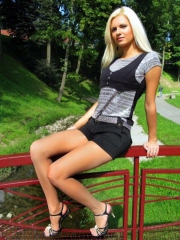